A Sunday Made Spectacular

“Hey Karthik, what are you doing this Sunday?” quipped a colleague of mine, Malay Desai. “Would
you like to cover a game of wheelchair cricket?”

The commentator in me immediately thought, ‘Wow! A great opportunity to do something different’, as I had watched such games only on TV. However, the mortal in me warned, ‘Easy, Karthik.
Commentary involves continuous speaking and some excitement. Your throat is infected, and you
cannot speak. Should you confirm?’ Well, wanting the opportunity at any cost, I threw caution to
the wind, confirmed, and immediately got my medication. And thank heavens, I recovered just in
time

So, what was this wheelchair cricket tournament about? In simple terms, people who need the support of a wheelchair to move around play a game of cricket. But it is not just them. Even people who
can move without a wheelchair can play this format, as long as they stick to the predetermined
rules. How, suddenly, wheelchair cricket, you ask? Trinayani. Remember the name. It is so easy to applaud social workers from a distance but to be right there in the mix and see them doing what they do is a surreal feeling. I came across one such person, Ms. Ritika Sahni, who has single-handedly been involved in the majority of the operations of
her NGO, Trinayani. She was actively involved in the 2022 edition of Daan Utsav, India’s biggest festival of giving which occurs every October (from 2nd to 8th October this year) and where people come
together to donate in any manner possible for a cause.

This year, wheelchair cricket was added to the list of causes and with it, an extra day for giving back too – with 9th  October being a Sunday. The idea was to get people who are disabled along with people who are non-disabled to come together and play the game and display the spirit of humanity. What next? In stepped Mr. Rahul Ramugade, the Treasurer of the Wheelchair Sports Association. He had a word with the Mumbai University sports authorities and got an indoor auditorium booked. The match was set to happen! When I stepped into the auditorium on Sunday, it was still empty, except for the presence of the players. And then came a nice little surprise. School children, aged roughly between 12 and 14, from Pragnya Bodhini High School, came charging into the auditorium and immediately, there was a smile on almost everyone’s faces. Aahhh… we have an audience!

After a quick bite, we got down to the main business. Ms. Sahni explained the cause, introduced a
few names and then, the match eventually began. The two teams about to face off were Mumbai Lions and Mumbai Tigers. As mentioned earlier, both squads had an equal number of players who were disabled and non-disabled wheelchair cricketers, so the balance was maintained. And then, the match began.

The children in the audience ensured there was no lack of cheer at the venue. They exercised each and every iota of their lungs to exhale their feeling of excitement, which was transferred into bountiful energy reverberating everywhere. Right from the first ball, the cheering squad were up to their task. With loud and enthusiastic voices, they kept everyone’s spirits up. And to think these children would have to contend with exams on Monday! They were
making the most of their Sunday and enjoying themselves.

On to the match action! The Mumbai Lions, led by Rahul Ramugade, elected to chase as the skipper felt that the first innings would give them a good idea on how to play at this venue. They began well, conceding just 13 runs in 2 overs but then came unstuck against the hard-hitting pair of Ganesh Shelar and Shreyas Vaidya of the Mumbai Tigers.

Shelar is an opening batsman for his regular team and known for his hard hitting. He usually sets the tempo of a match by playing some fiery shots and here, it was no different. He came one down and just went bang bang from the word go. And that intent rubbed onto Vaidya, which caused mayhem for the Lions.

Vaidya bided his time at the start but then suddenly changed gears. He started hitting sixes at will and that had a serious impact on the bowling side. The Lions’ bowlers struggled for rhythm and could not find their lines and lengths. Wides, no balls, byes – you name it and it was all there. The extras kept on mounting and the batters grabbed the opportunity. At the 5-over mark, a target of 120 seemed on the cards but at the end of the 10 overs, the Tigers catapulted to 160. It was all Vaidya! Once he started hitting, the ball just kept landing beyond the boundary. It was a hard, bouncy, tennis ball but the Lions were bowling right underneath the bat. And getting whacked. Shelar got out but Vaidya almost batted through getting past his half-century, to the delight of the crowd. 161 in 10 overs seemed improbable and the Lions were under pressure right from the start. They could never get going with the bat and apart from a few hits here and there – from Sadashiv Shinde and Siddhesh Gavande in particular – it was turning out to be a lost cause. The Tigers were turning out to be pretty good students. They had studied the way the Lions had bowled and their captain, Vishwanath Gurav, had his strategies set, regarding the lines and lengths to bowl. The Lions choked and eventually limped to 99 in their 10, losing by 61 runs 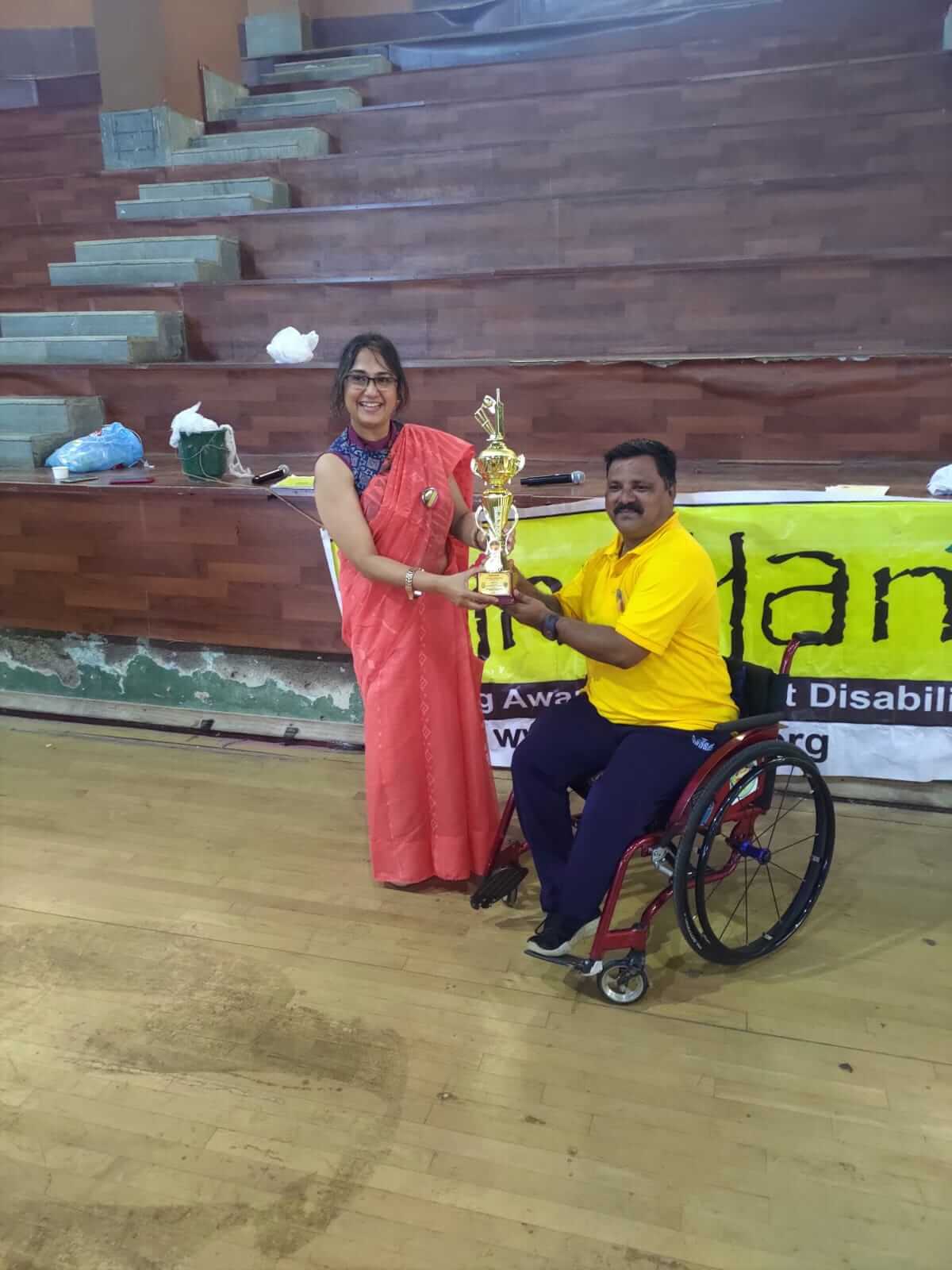 That was about the match, but what do you look forward to the most while watching a match? Your favourite stars, right? Well, in this case, not many knew about these players, but the children did not care about history. They were just enthralled by the cricketing action they got to witness and as soon as the match ended, they just swarmed around the players to get their autographs and selfies

Cricket or any sport, is nothing without its fans. Get a view on that from Shreyas Vaidya. He was certainly happy with a win, but one could just sense that he was trying to suppress tears of joy seeing so many children come up to him. And that is what made this event so special! It may have been a one-sided contest but to see the players give it their all made it absolutely worthwhile. It would be unfair not to quote a certain Pawan from Pragnya Bodhini School, easily the most excited ‘fan’ in the crowd. He wanted the microphone almost every single time the crowd was asked to show its emotions and he summed up the situation well, with an on-the-spot answer, on being asked what he learned from this game:

“These players have taught us that whatever difficulties you face in life, you should  not run away from those. Battle hard and do not focus on just the end results.” 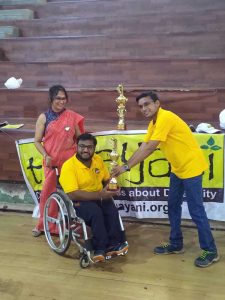 For a young adult who is just getting into his teens, that is a massive statement and it made my day. The cause itself was already so wonderful to be a part of, but to witness the future generation learn real life lessons from it was especially heartwarming. It certainly augurs well for the likes of Trinayani to see their efforts for a better world not going to waste

From the bottom of my heart, a big THANK YOU to everyone involved in organising the event and working tirelessly. And most of all, thank you for
letting me play a small part in this great initiative.