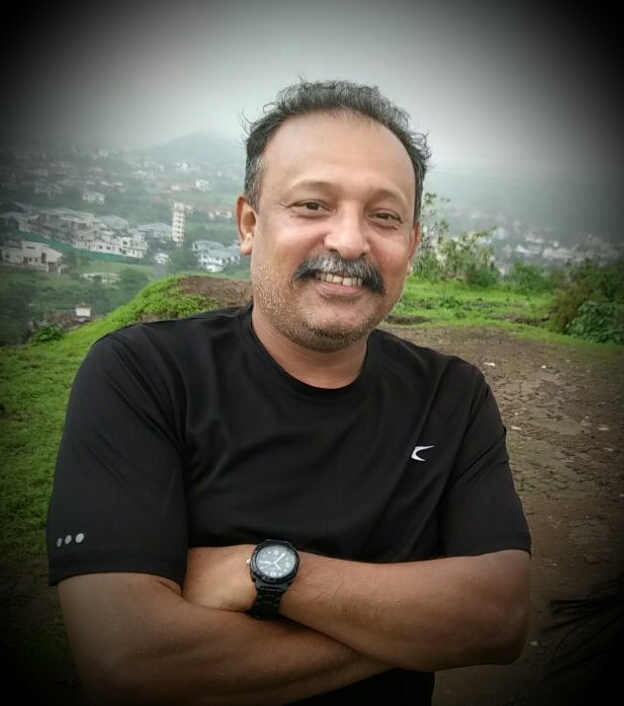 Mr Indranil Goswami, one of the trustees of the Trinayani Foundation, is a professional Filmmaker, Writer and Creative Consultant. He works as an Independent Director and a freelance Creative Head for various production houses and organizations in the Mumbai Entertainment Industry.

As a trustee, Indranil is involved in the development processes of all contents created by Trinayani pertaining to disability awareness, which ranges across Short films, Booklets, Posters, Radio Programmes, Biographies and other presentations packages.

Almost three decades of a bright professional career has earned Indranil several awards of national and international repute. Recently, a short film about disability, which was made by him for Trinayani, has been awarded as the Best Film at the WECARE FILM FESTIVAL (UNESCO) in2013. 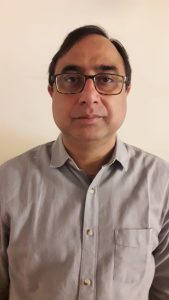 Rakesh Sahni, Founder Trustee and Vice-Chairman, Trinayani has been an active member of Round Table India both in the area and nationally as Convener: Human Resource and Development and has travelled extensively holding workshops and outlining Round Table India’s vision. Since 2012, he has been an active member of the Rotary Club of Calcutta Midtown spearheading Global Grants under Project Dignity, building more than 600 toilets in the Sundarban area of West Bengal. Among many positions in Rotary he has also served as President, Rotary Club of Calcutta Midtown 2018-19 and the club received several notable awards under his tenure. At Trinayani he works towards creating the larger vision of the organization and works closely towards its implementation.

Since 1993, Rakesh Sahni has been promoting Indian modern and contemporary art and has been passionately involved in curatorial and archival ventures in his creative space called “Gallery Rasa” in Kolkata. He has curated noteworthy exhibitions and consulted towards creating important institutional and private collections.

He is currently working towards enriching Gallery Rasa – Art and Archives through www.galleryrasa.com which is an accessible knowledge base fostering further research in the realm of Indian art, craft, architecture and film through its verticals of Bibliography, Visual Archive and Bengali Film Archive. He can be reached at rs@galleryrasa.com

Ritika Sahni a gold medalist from Rabindra Bharati University, Kolkata, for a Master’s in music, is a popular singer-performer and producer of creative music of contrasting shades.

During the last decade, Ritika has created volumes of Music for Children which work as great Fun-Learning Aid at Nursery Schools and Developmental Workshops and regularly conducts Rhythm and Rhyme Music Workshops in Schools and NGOs.

Being an avid traveller and a versatile singer performer, she does public performances, with her own team of musicians and dancers. She has recently formed and leads an Inclusive Band “Pehli Baarish” comprising disabled and non-disabled artists.

A Bachelor’s Degree in Deaf Education (B.ed) in 90’ enabled Ritika to teach and lecture at various institutions dealing with disability as a Consultant in Disability Inclusion.

She founded the not-for-profit NGO Trinayani in 2006 which works untiringly for the cause of Awareness about the world of Disability and the promise of Equality for “people with disabilities”.

Under the banner of this NGO, Ritika along with her team of self-advocates, volunteers and professionals, designs and conducts holding interactive infotainment workshops, creates informative radio shows, films, books, stage plays, games and relevant advocacy exercises to propagate awareness pertaining to disability.

Under the umbrella of Trinayani, Ritika also runs a Reflexology Spa which generates rightful and dignified employment for trained blind therapists. She combines her passion for performing arts with the effort towards achieving a more tolerant and thus Inclusive society.

Ritika is also Vice President of WICCI Arts Leadership Council, Maharashtra chapter. She is an Advisory panel member of the Central Board of Film Certification ( CBFC). Among others, she has been awarded the Rex Karamveer Puraskar, a Global Award for Social Justice and Citizen Action by Icongo.
In March 2020, she was recognized as the Top Global Diversity & Inclusion Leaders awards function by World HRD Congress and ET Now.

With a dazzling smile like the rays of the morning sun, the spirit of a backpacker on a never-ending winding trail, and an ever-inviting heart that has great respect for humanity, Ritika believes in A Better World for a “Better Me”.