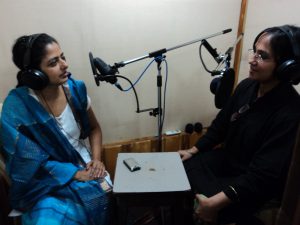 Mud Mud Ke Na Dekh was our 15-minute weekly radio show in Hindi about the news and views on Cross-Disability (all kinds of disabilities) issues. The aim is to advocate the rights of people with disabilities and to inspire, motivate and allow attitudinal changes to come about both in the mindsets of the disabled and non-disabled population of our country.

Through the radio show MMKND we were able to: 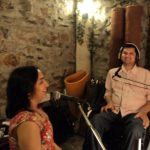 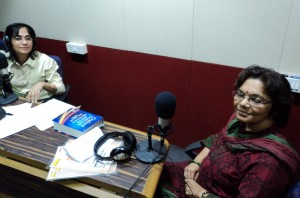 MMKND was first aired on an experimental basis as a half-hour program on Community Radio Station 107.8 RADIO MUST (Mumbai University Students Transmission) in 2009 and we thank Pankaj Athawale who agreed to give us a half-hour slot for the same.

The first season of Mud Mud Ke Na Dekh was broadcast on All India Radio 107.1 FM Rainbow Mumbai, every Friday from 1.15 pm to 1.30 pm starting 12th of November 2010, on till the 3rd of June 2011. L&T Mutual Fund sponsored 29 episodes. We thank Union Parks Resident Association for the use of the Jago Mumbai community Radio Station Studio for recording our episodes. A special thanks to Nitin Makasare, Bharati Kakkad and Surekha Motwani. The second season of MMKND 2012 comprising of 39 episodes was aired on AIR 107.1 FM Rainbow, Mumbai and Vividh Bharti Delhi every Wednesday and was sponsored by Bharat Petroleum Company Limited (BPCL)

The third season is on issues about disabilities started on 26th February 2014. Sponsored by HPCL we aired 8 episodes in 17 stations of All India Radio.

Several topics have remained untouched even after three seasons of the show. Hopefully, these will be covered in the fourth season when it is released. 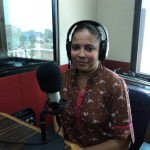 To know more about the topics discussed and guests featured in Season 3, click here.

To know more about the topics discussed and guests featured in season 1 and season 2, click here.

To view more photographs of the recording of our episodes, click here.

All the episodes of MMKND Season III have been uploaded on Sound Cloud and we urge you to hear, download and share them with your friends to spread further awareness.